Is It Cruel To Keep a Cat Indoors?

Over the last 40 years, there has been a considerable increase in the number of people who are keeping their cats confined in the...

Over the last 40 years, there has been a considerable increase in the number of people who are keeping their cats confined in the home.

More traffic on the roads and a recent spate of unfortunate cruelty to cats have undoubtedly prompted this move as owners look to protect their feline friends. This is understandable because the home ensures complete safety and avoids the heartbreak of losing a cat prematurely.

But keeping a cat indoors isn’t without its problems. When cats are confined in this way it is robbing them of a freedom they’ve enjoyed for the 3500 years they’ve been domesticated.

During the latter half of this time cats have had a diffused relationship with us. They’ve enjoyed both the enriching experience of running and chasing prey outside and also the closeness of our company in the comfort of our homes. But, most importantly, they’ve had the freedom to choose between the two as they please.

When we talk in terms of keeping a cat indoors as ‘cruel’ we are really referencing the impact removing access to the outside world will have on our cat’s ability to live a full and enjoyable life.

In this guide we’ll explore the impact this has and the potential problems it can create. We’ll also provide some tips on how to overcome these problems and dealing with the reality of keeping house cats.

The Problem With Removing The Outside World 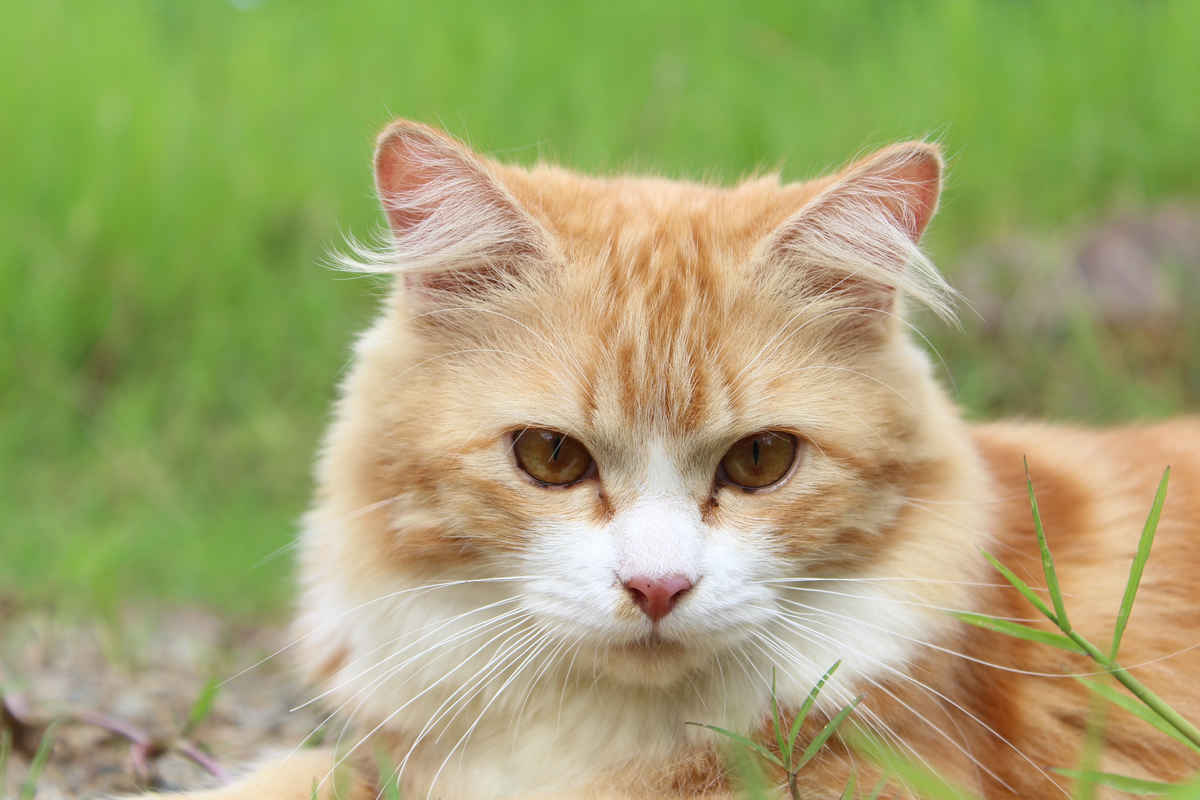 Cats exhibit a multitude of behaviours outside that we don’t often get to see. And, when you bring a cat inside you bring these outside behaviours inside too. However, the home doesn’t always present the ideal conditions for these behaviours to be displayed. And, those that do manifest themselves, we often view as ‘bad habits’.

Cats also need space and, unless you live in a mansion, the size of our homes pale in comparison to the territory a cat will usually patrol. This is especially true when it comes to tomcats that will often patrol a wide area several times the size of your garden.

This is referred to as cat density. And even a single cat can have its density increased by the confines of your home simply because of a restriction in space. If you have several house cats overlapping the same space it increases the density even further.

The above two scenarios can result in stress and will usually manifest itself as one or more the following:

1 Fouling Outside The Litter Tray 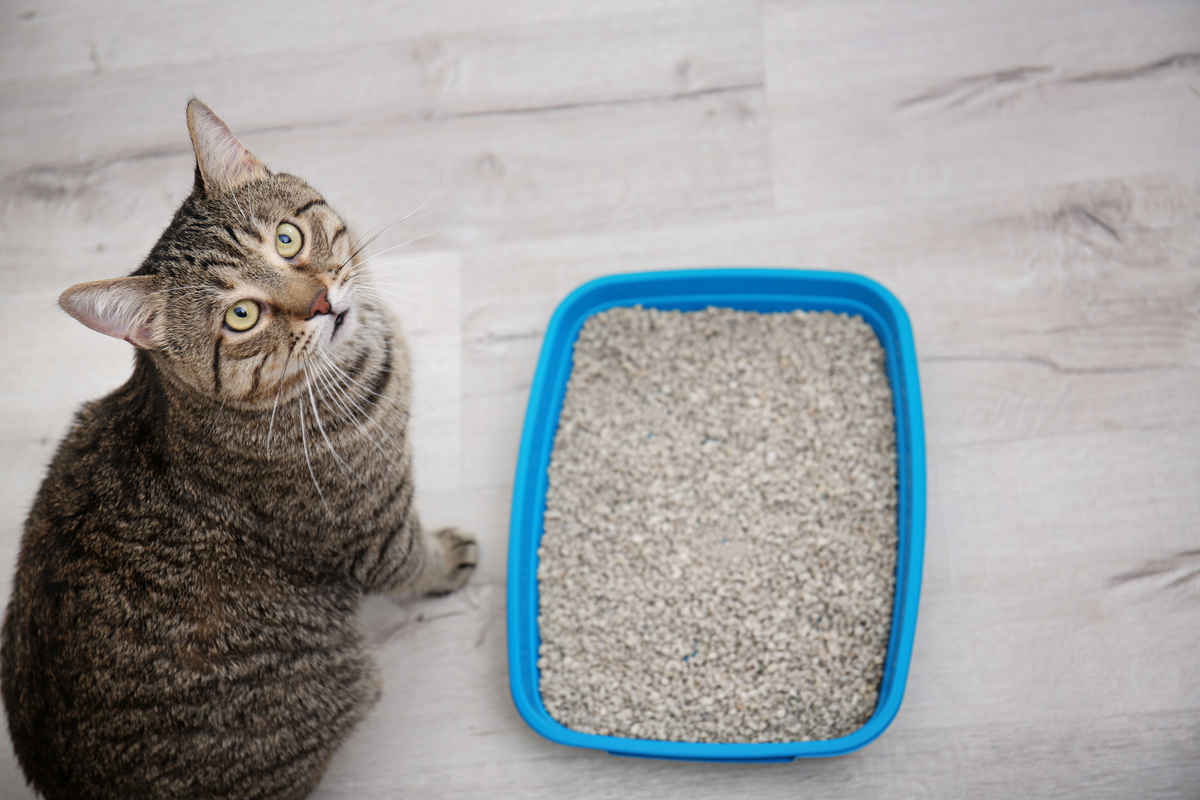 One of the most common unpleasant actions of the indoor cat is fouling outside the litter tray. Cats are fastidious animals and, when outside, will bury or cover over their droppings. This means you need to ensure your cat’s litter tray is cleaned soon after use to help encourage its regular use.

Cats have even been known to be choosy over the type of litter in their trays. This can sometimes be the cause of your cat rejecting the litter tray entirely. So, it’s worth experimenting until you find a brand your cat is 100% happy to use.

In both scenarios, we need to remember that your cat, unlike when it is outside, is limited in alternative locations. As a result, soft carpets or rugs can make the ideal substitute to a litter tray. The problem is that once an alternative location has been chosen it can sometimes be tricky to prevent your cat from reusing it.

In this situation, it is always best to take a passive approach to encourage your cat back to its litter tray. Your relationship with your cat is based on affection and trust. Yelling at or disciplining your cat will only damage this bond and make living inside together more difficult.

Simple suggestions such as placing obstacles like boxes or small ornaments that prevent your cat from accessing the places it likes to relive itself work very well. Another suggestion is to place tinfoil over such areas because generally cats don’t like its tactile response and will avoid walking over it. 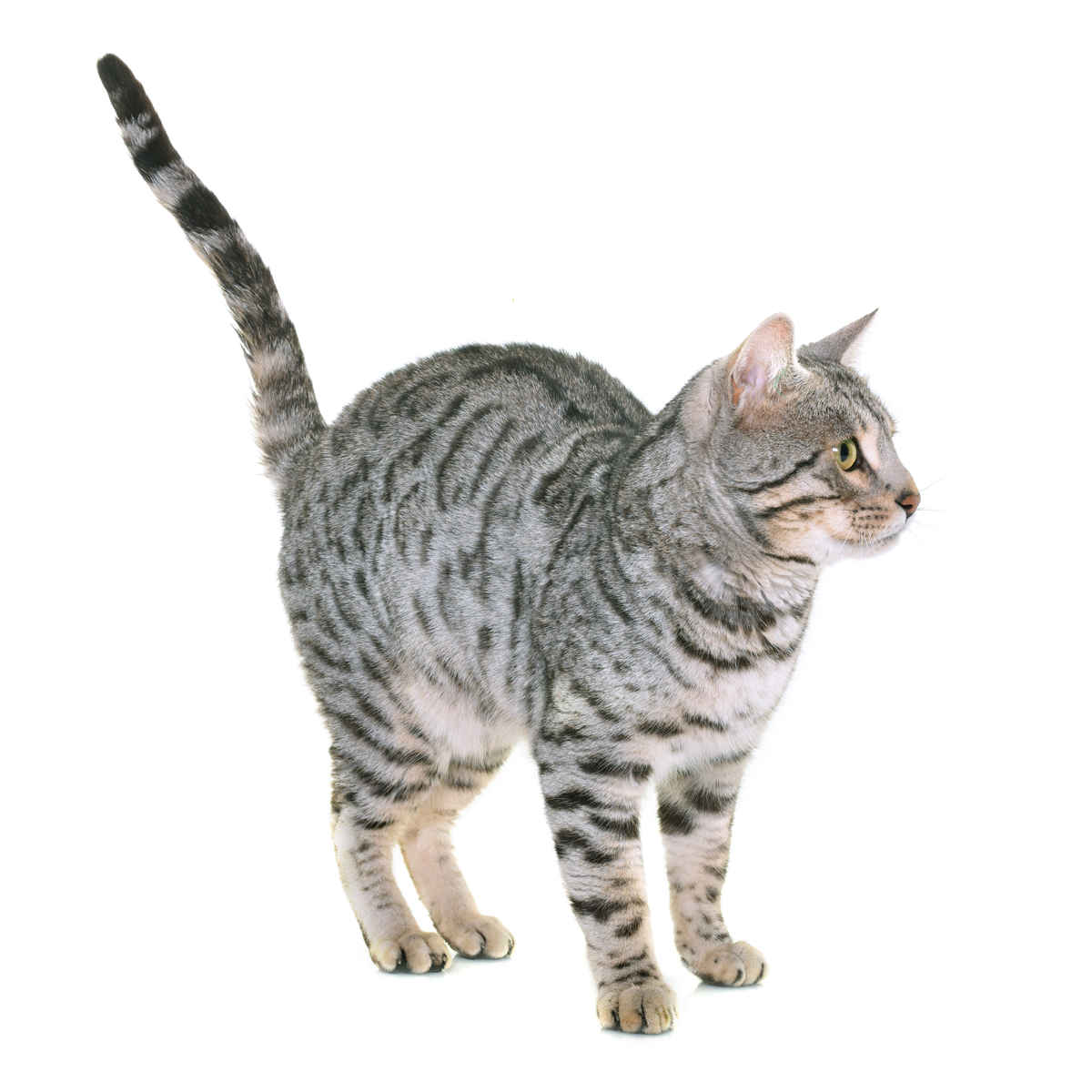 Backing up to a wall, tail up and quivering, followed by a juddering motion are the unmistakable actions of a cat spraying. This action isn’t the result of bad toilet training but is rather a method of communication. Cats use it to mark territory, claim ownership and delineate boundaries.

And since your home is your cat’s territory it follows that this problem does afflict some house cats. Generally, neutering does stop this behaviour but it doesn’t always work.

In such situations, it can be difficult to remedy. You can buy sprays such as Feliway that can help with this problem. But, as an indoor cat owner, this is something you should be prepared to deal with and it’s not always easy to solve. 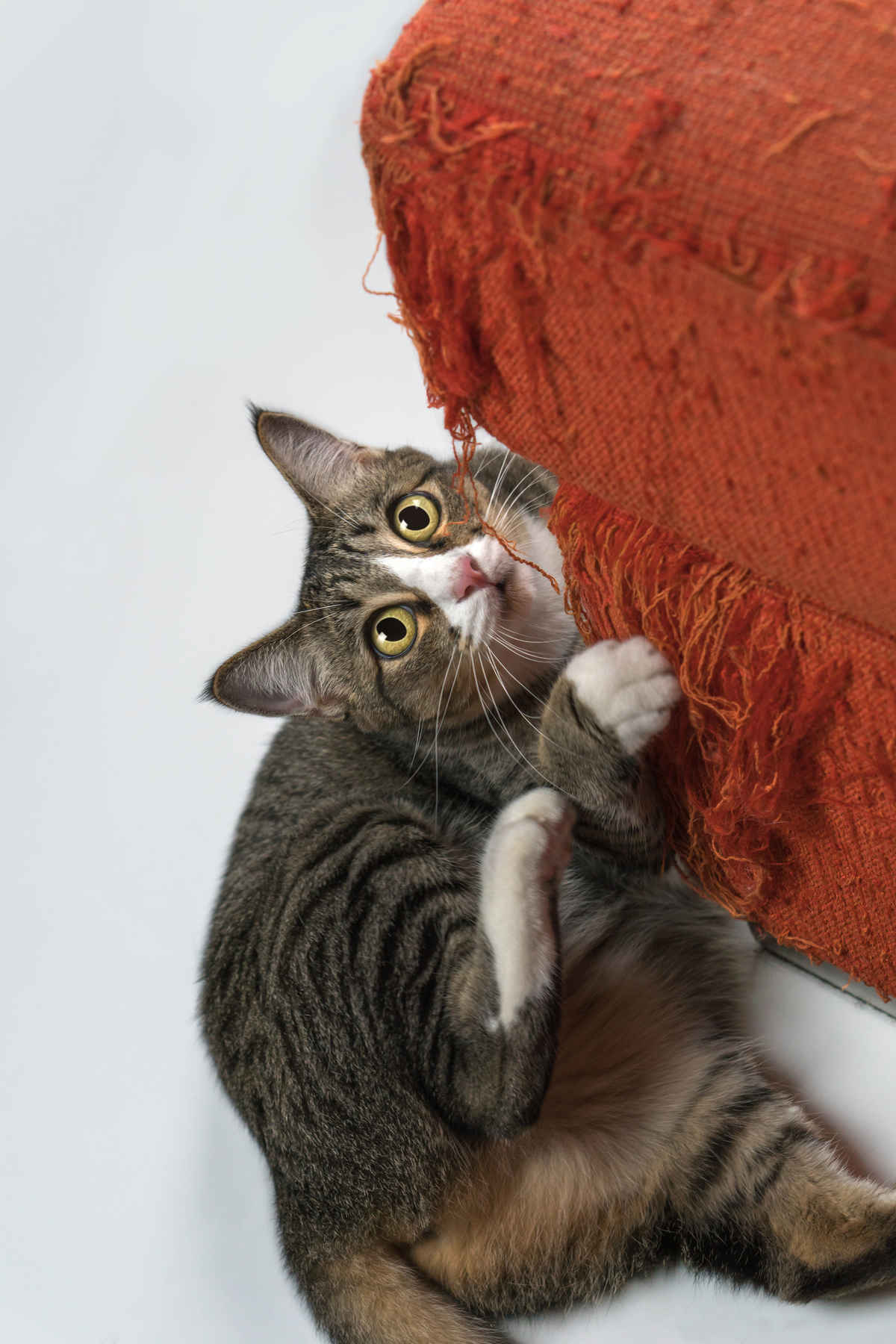 You might have noticed a cat scratching against a tree or fence post and assumed it was sharpening its claws.

However, as with many of your cat’s behaviours, even this has a deeper meaning. Cats scratch to leave a scent message as a form of communication. The frayed surface this creates also draws in other cats to investigate and encourages your cat to scratch again to refresh the scent left behind.

In the home, cats will replicate this behaviour on the side of sofas, door frames or bedposts which can cause expensive damage over time. And, we already know that yelling at your cat to discourage this act is not a good idea.

Instead, opting for preventative measures is ideal. You could cover the arm of your sofa with a blanket to mask its shape and cover the frayed surface. You could also try using citrus scents such as cut oranges or essential oils since cats aren’t keen on these odours.

But, a better idea is to refocus your cat’s attention to a scratching post. Many people often place these far away from where their cat is scratching. However, it’s better to place it near the damage. Anytime your cat begins to scratch you can gently move it to the scratching post. Buying one fitted with dangling toys will also encourage your cat to investigate and use it.

Again, the key here is to be prepared for these natural behaviours to be exhibited. We also need to understand that we can’t, and shouldn’t, prevent these from being carried out. 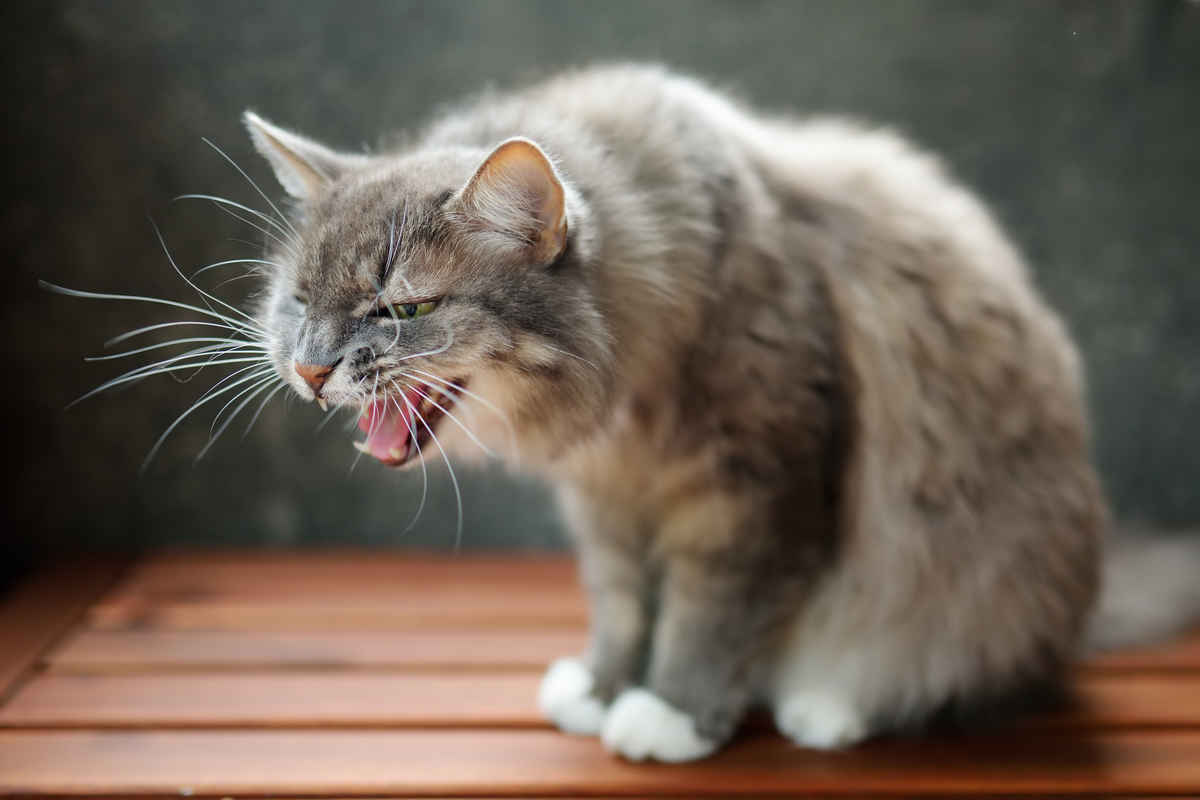 Territorial spats between outdoor cats are quite common. Our gardens (especially in modern houses) aren’t usually large and houses are regularly built close to one another. This introduces a degree of territorial overlap and with it comes aggression. But aggression happens indoors too.

Usually, this is the result of multiple cats occupying the same household that might not get along. Most of the time the cats will try to avoid each other. But, this aggression can bubble to the surface when feeding your cats or as they pass each other. This aggression can even occur in-between siblings from the same litter and it can take a considerable effort to resolve.

However, it is important that you don’t mistake aggression for juvenile play. Even older cats have been known to play fight. It can appear quite aggressive but the fight quickly settles down and afterwards they go back to being the best of friends. It is obvious when cats do get along because they will sleep together and not show any signs of aggression in the presence of one another.

To Sum Up: Is It Cruel To Keep A Cat Indoors?

It certainly isn’t cruel to keep a cat indoors. But it will be denying your cat the chance to lead the fullest life possible. We also need to be prepared to see the full gamut of cat behaviour and the extra work dealing with these behaviours involves.

Indoor cats need more of our attention and to be provided with entertainment to prevent boredom and frustration. You need to provide cat gyms or trees to provide them with something to climb so they can express their arboreal tendencies. You should also be prepared to play with you cat using small toys to mimic hunting prey and giving them an extra vent for their energy.

Generally, cats with free access to the outside world won’t exhibit many of the behaviours listed in this guide indoors. And, if they do they are much less of a nuisance. So. before deciding on whether you are fully committed to keeping your cat indoors you need to acknowledge that it isn’t just your cat that will need to adapt but you will too.