The sale of milk frothers has boomed over the last half a decade here in the UK. This has coincided with our ever-growing love...

The sale of milk frothers has boomed over the last half a decade here in the UK. This has coincided with our ever-growing love for coffee. In particular, our love for milky coffees, such as the ever-popular cappuccino and latte, has helped fuel this growth.

The reason? Milk frothers allow us to make these kinds of coffees in the comfort of our own home without the expense of buying a coffee machine.

But, people still have questions about milk frothers, in particular, electric milk frothers. What kinds are available? Can they be used to make anything else other than coffee? How well do they work? In this guide, we’ll answer these questions and more as we lift the lid on these handy kitchen appliances.

How Does An Electric Milk Frother Work? 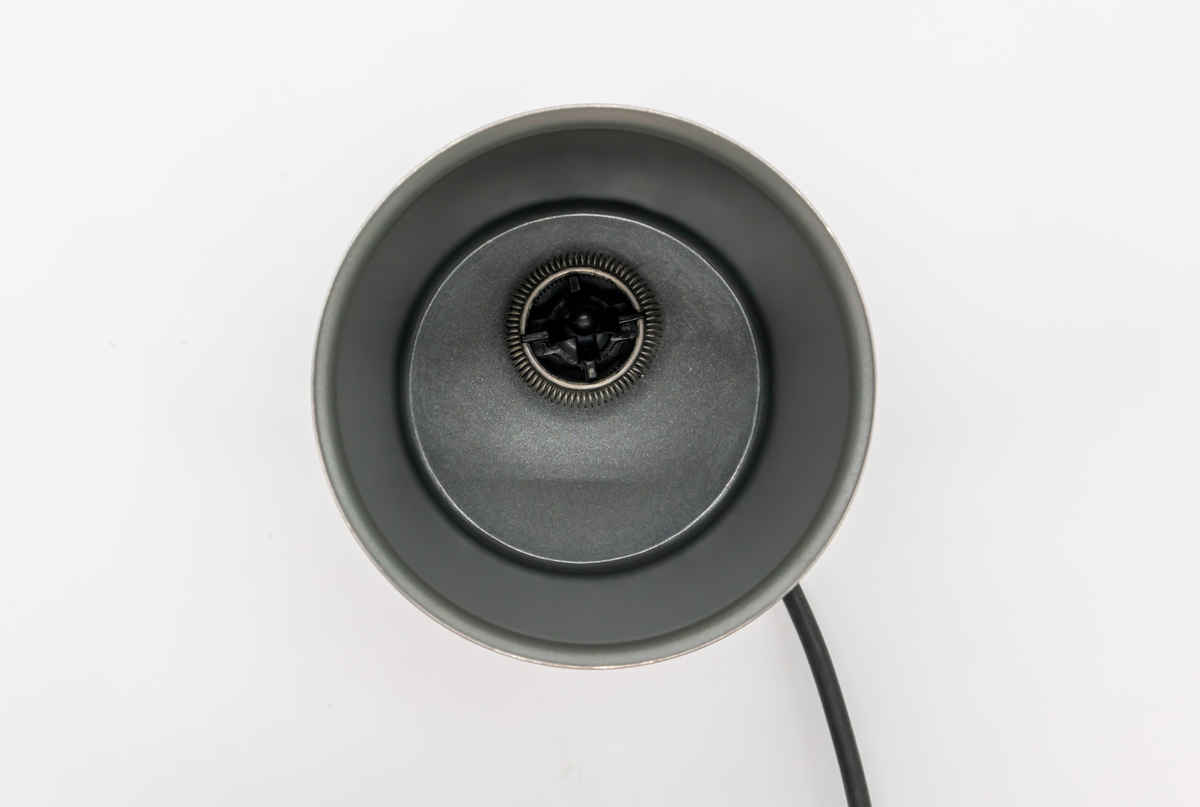 The principle behind any electric milk frother is essentially the same. A spinning whisk head is placed into milk to introduce air. This process of aeration transforms the milk from a liquid into a creamy and dense foam.

However, electric milk frothers do have one or two advantages up their sleeves when compared to manual milk frothers.

To begin with, the process is of frothing the milk is completely automatic. And, unlike using a steaming wand, as Baristas in coffee shops do, there is no learning curve required to produce the perfect foam.

Secondly, mains powered electric milk frothers will also heat the milk as it froths. Removing the need to preheat the milk in a pan or post-heat the froth in a microwave.

How Do Electric Milk Frothers Heat The Milk?

All of the milk frothers we’ve tested over the years use one of two main methods to heat the milk. The first is direct heat. This works in a similar fashion to your kettle where the base of the milk frother heats up to gently warm the milk over the frothing cycle.

The second heating method is less common and generally only found in more expensive milk frothers (such as those made by Severin) and is called induction heating. This is an indirect heating method that uses an electromagnetic to indirectly heat a stainless steel jug via a process known as electromagnetic induction. As such, this method ensures the milk never gets scorched or burnt.

What Kinds Of Electric Milk Frother Are Available?

As with many kitchen gadgets, there are a number of different kinds of milk frother available. But when it comes to electric milk frothers there are two main kinds to be aware of: 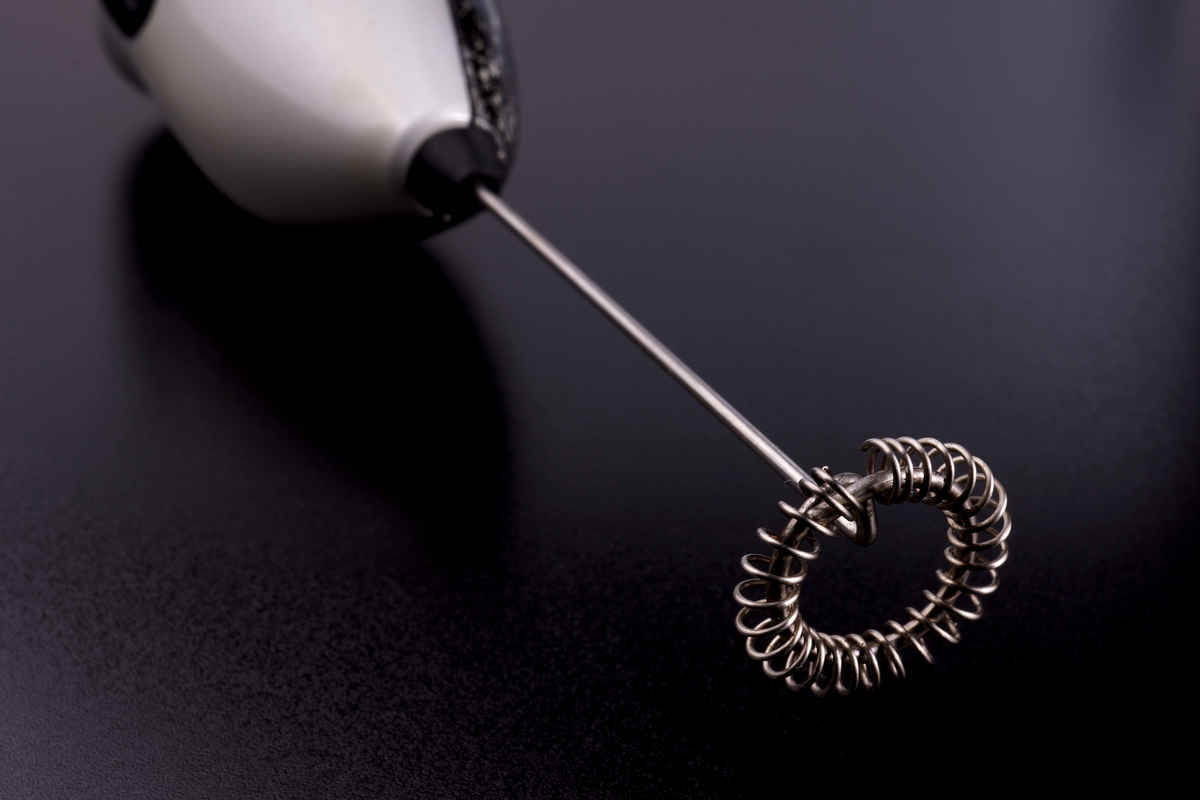 The first are battery-powered units. We wouldn’t refer to these as an electric milk frother as such, however, they often appear on the shortlist of those people looking for one so are worth covering here.

Battery-powered milk frothers do not heat the milk and will only produce a cold froth. The froth then needs to be heated using a microwave. They are also not completely automatic and you need to judge when you have produced the right consistency foam.

Whilst there are several different kinds of battery-powered frother available the most common resembles a hand-held whisk. Inside the handle are the battery and the motor unit that is used to drive the whisk head. Once switched on the whisk is held in milk until foam is produced.

The next variation is a little more unusual and resembles a large jam jar with a deep lid. Attached to the lid is the whisking mechanism. The glass is filled with milk and the lid is placed on top. The unit can then be switched on to produce frothed milk.
These types of unit are fairly inexpensive, making them a popular choice. Although, we wouldn’t recommend these since they often drain batteries quickly and they sometimes struggle with larger quantities of milk. 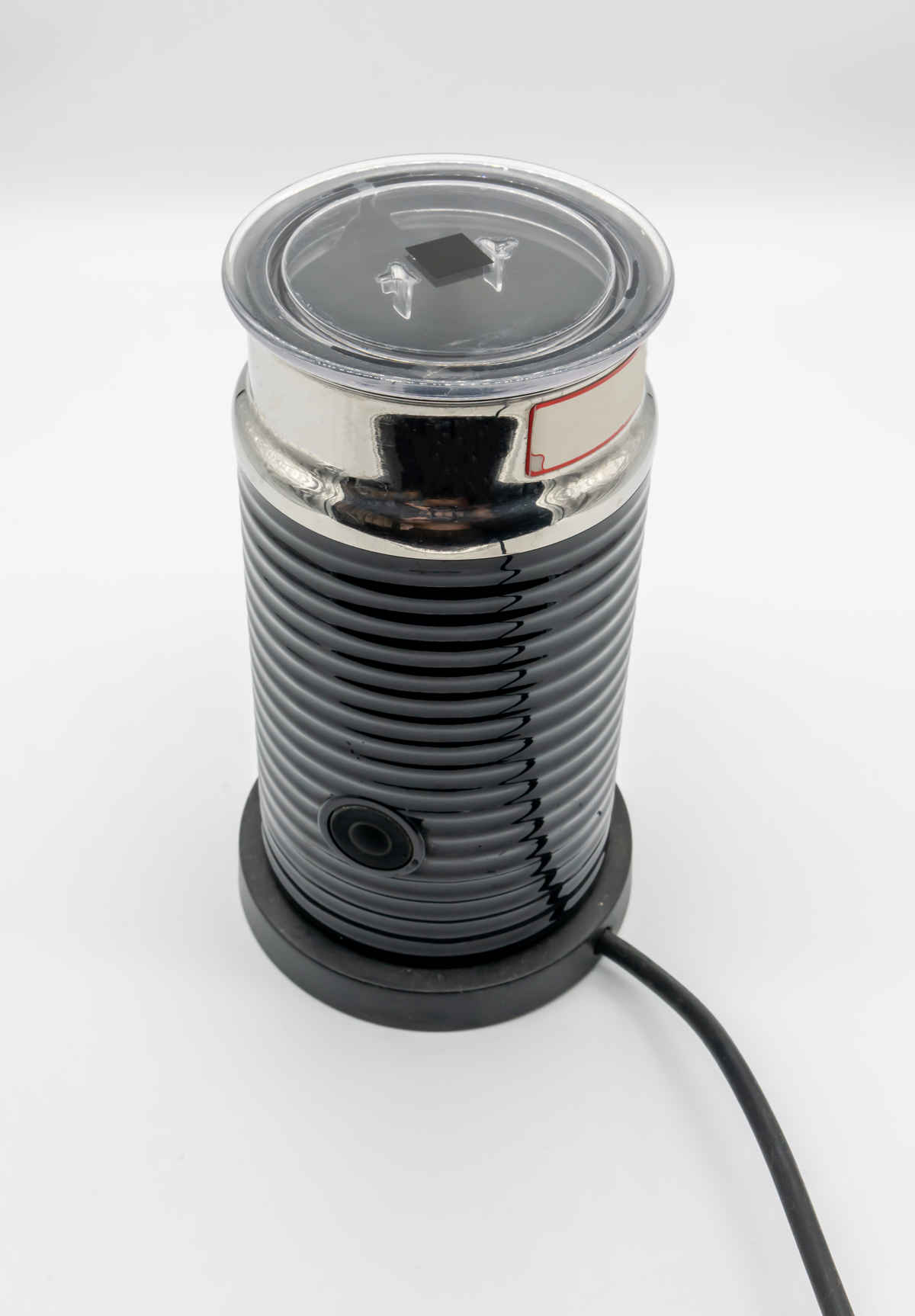 The second type are milk frothers powered by mains electricity. These, in our opinion, represent the best type of milk frother available today. Usually resembling a tall saucepan or electric kettle this kind of milk frother offers the convenience of both heating and frothing the milk simultaneously. They can also produce a heated, frothed milk in under 2 minutes on average.

The best part is all of this happens automatically at the press of a button. You don’t even need to worry about switching the frother off once it has finished since it does this automatically too. Many also feature a non-stick interior lining allowing them to cleaned quickly and easily.

1 Can I Make Hot Chocolate In an Electric Milk Frother? 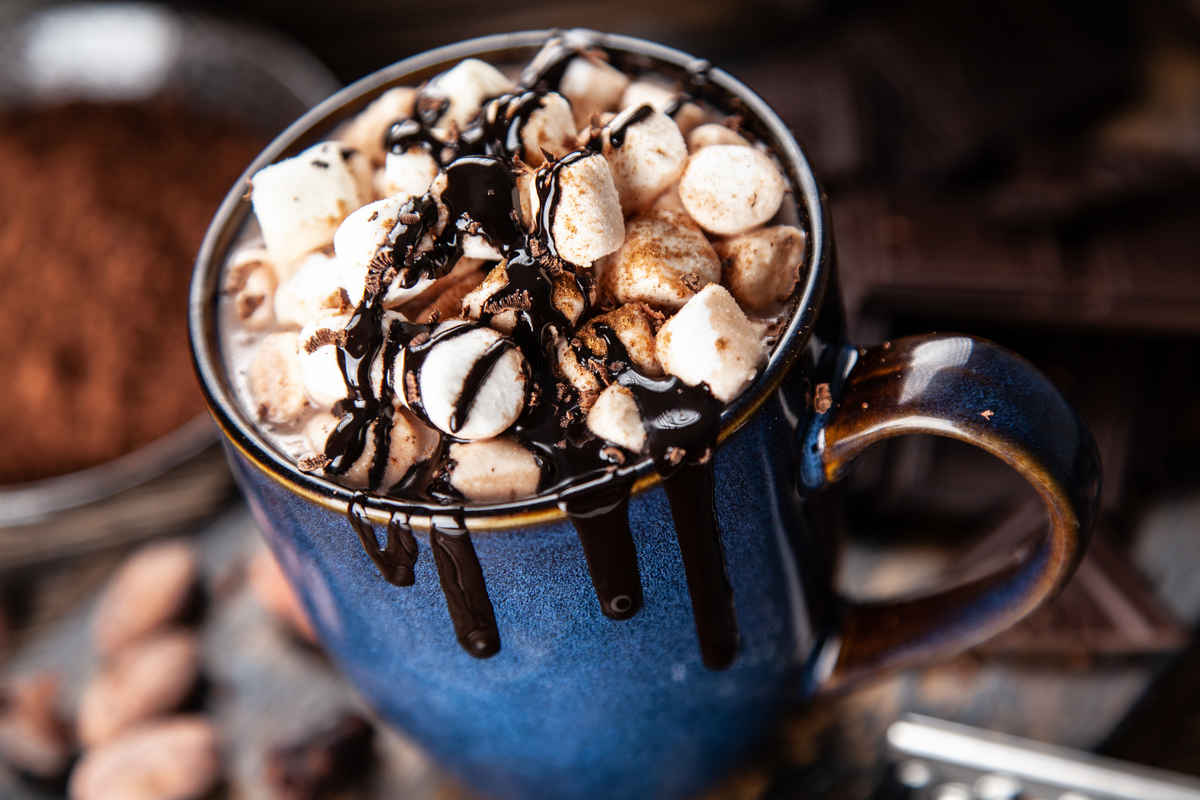 Yes, you can. Instructions on how to-do-this varies from frother to frother. Some are able to have the chocolate powder placed in with the milk, whilst others can be damaged by doing this.

If you’re unsure we always recommend frothing without the powder.

2 Can I Froth Cold Milk?

Yes, you can. Many electric milk frothers have a cold-froth function where the milk is frother but not heated. And, if you use a battery-powered, hand-held frother this will obviously not heat the milk.

3 What Other Drinks Can I Make? 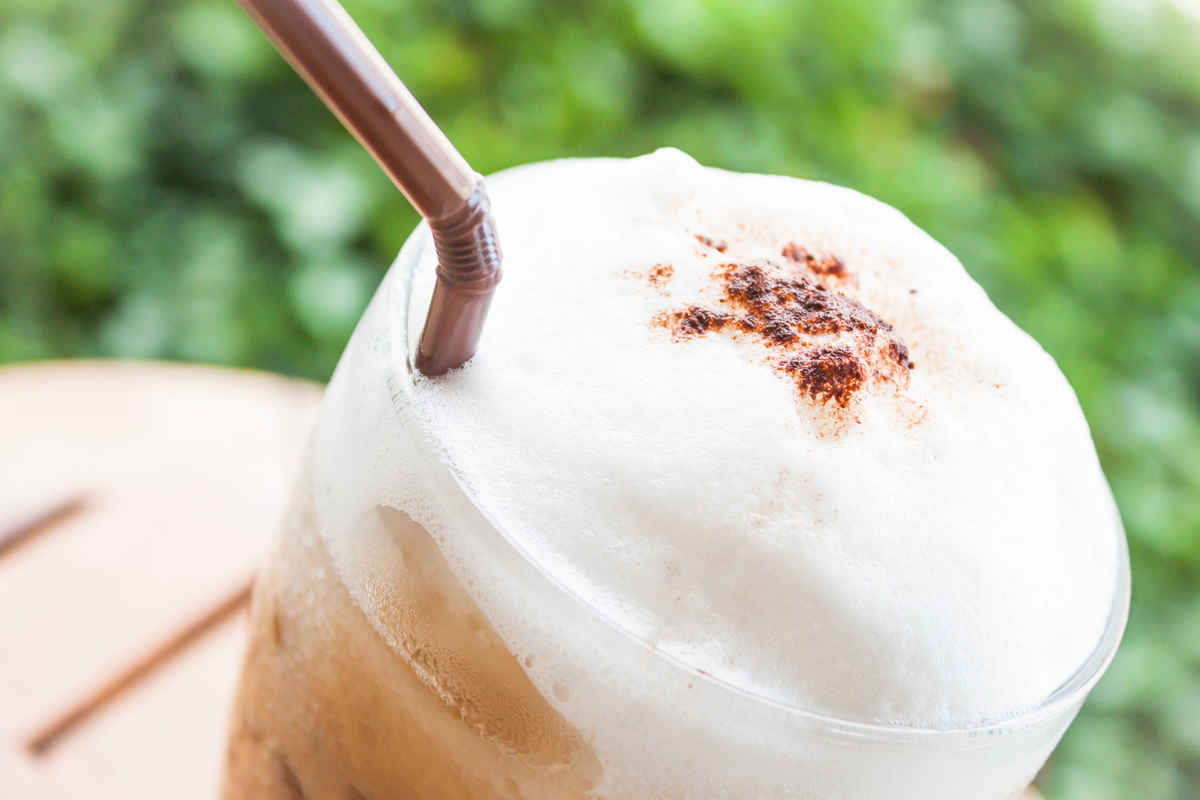 Electric milk frothers are the most versatile of all. Using them you can make not just coffees and hot chocolate but also an array of other tasty drinks.

The cold froth function can be used to make creamy milkshakes whilst the heat and stirring function (which produces no foam) can be used to heat milk for babies bottles. Some people even use the foam as a low-calorie topping for deserts in place of cream or custard.

When it comes to turning milk into a rich and creamy froth, electric milk frothers excel. However, when it comes to heating the milk they do have some shortcomings.

Some of the more expensive milk frothers such as the SM9685 DO allow you to adjust the temperature so you can make your drinks a little hotter if you choose. You can also blast the milk in the microwave to make it hotter if you don’t feel a higher-end model is worth the price.

Milk frothers also don’t transform all of the milk they contain into foam and some liquid milk is left. But, this is by design and is not a fault. Usually, it is around a 50/50 mix but it is worth mentioning since this can often cause people to incorrectly assume their frother is broken.

5 What is The Best Electric Milk Frother?

Whilst this ultimately comes down to personal preference two of the best-selling milk frothers that we would certainly recommend are those by Dualit and Vonshef. They produce excellent mid-range models that provide all of the convenience without the cost. You can also find a list below of this weeks best selling electric milk frothers on Amazon. 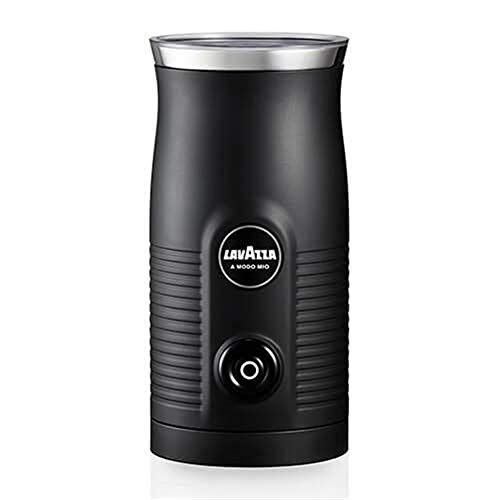 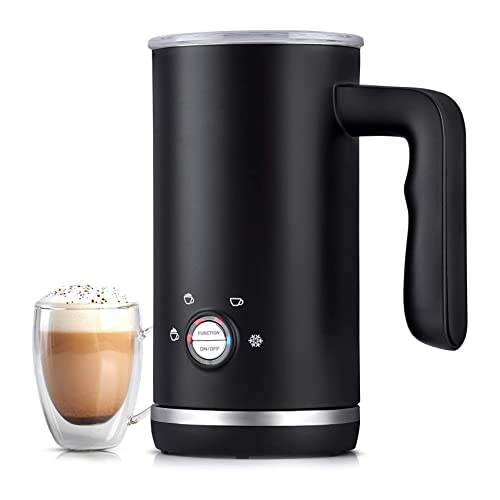 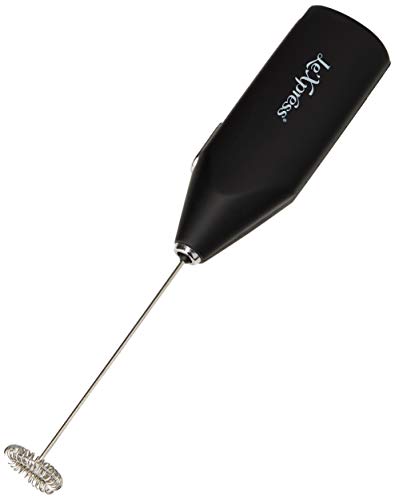